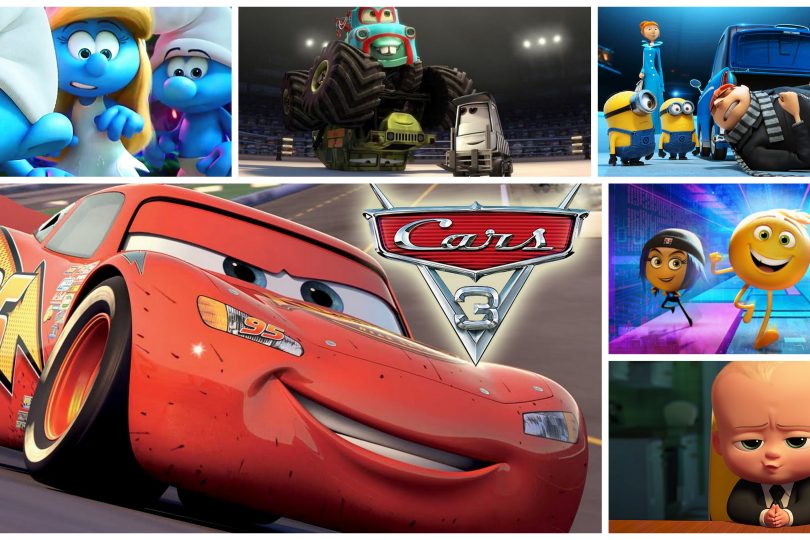 Animated movies have always fascinated both kids and adults. Their endearing characters, exciting plots, and funny punch lines make everyone look forward to them. Disney, Pixar, DreamWorks, these are just a few well-known names in the world of animation. There are many new animation studios that are now making their mark in the entertainment industry and winning our hearts.

Do your kids love watching animated movies? Are you looking forward to watching some amazing animation creations in the coming year? Check out these upcoming movies that will hit the theatres near you in 2017!

(DreamWorks Animation), March 10, 2017 – An imaginative, suit-wearing baby teams up with his brother to take on the CEO of Puppy Co.

(Sony Animation), March 31, 2017 – Follow the tiny blue people, your kid’s favourites, smurfs as they embark on a journey through the Forbidden Forest.

(Pixar), June 16, 2017 – This time Lightning McQueen is out to prove that he’s the best race car to a new generation of racers.

(Illumination Entertainment), June 30, 2017 – Gru and his team are back! They’ll fight Balthazar Bratt, a child star from the 1980s, who is Gru’s brother.

(Sony Animation), August 4, 2017 – Express Yourself! It’s based on Gene, a multi-expressional emoji, who sets out to be a normal emoji. Amazing concept, right?

(Blue Sky Studios), July 21, 2017 – A fascinating story of Ferdinand, the little bull, based on the famous book by Munro Leaf.

(Illumination Entertainment), November 17, 2017 – A fun story, that’s based on the popular Dr. Seuss’ story of the same name.

(Pixar), November 22, 2017 – A 12 year old boy, Miguel, sets off a series of events that connect to a century-old mystery, which will lead to a wonderful family reunion.

(Sony Animation), December 8, 2017 – Who thinks lambs are meek? This movie has a young lamb that goes on to change the world.

Excited, are you? Lots and lots of fun times waiting ahead in the coming year. Do take your littles ones to experiences these incredible animated movies and watch them have a gala time! We’re absolutely certain that you’d end up having lots of fun too!