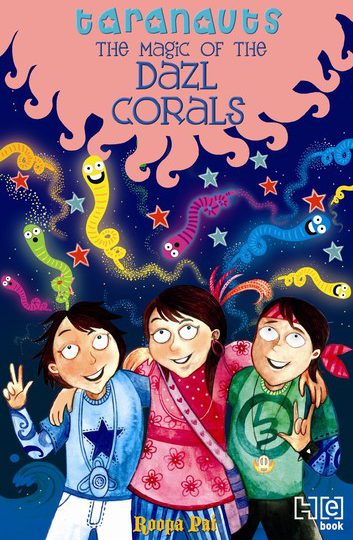 VIDHYARAMBHAM. Most people belonging to the southern parts of India must be familiar with this term. For the uninitiated, this is a tradition held on Vijaydasami when the child is initiated into the world of learning. The child is made to write his first word on a plate of rice. That is how most people in Southern India start off a very long and never ending journey of knowledge.

When kids start going to school, in order to catch their attention and spike their interest, books that are given to them are very colourful and vibrant. Most parents start introducing books at a very early age so as to get the kids to become avid readers. Reading is a very important habit. Time and again we are told to inculcate reading habits in our kids.

Why is so much emphasis given on this one particular habit? Have any of you thought about it? I think the foremost reason is that reading helps in improving the language skills , imagination and takes you to a world you never imagined existed. It also helps in relaxation of the body at the same time works on improving the concentration and focus of the child. As you read along you visit and experience new places, people, situations and  improve your ability to remember. It also makes it easier to communicate freely your thoughts and emotions. And the best outcome once the child reads fluently is pure pleasure. The list about the pros of reading is endless.

Old habits die hard, so it’s better to get them started young. To get the kids going, we in today’s world have a lot of brilliant writers just not international ones but a whole lot of Indian writers as well who successfully manage to strike a chord with every kid who reads them.

The list of authors are endless. The most famous ones like Joanne Rowling who is famously known as J.K.Rowling for her Harry Potter series and Rick Riordan for his Percy Jackson series need no introductions. Suzanne Collins ,the American author is also famous for The Hunger Games. All the above are made into film series and are viewed by a lot of non-readers as well.

Like every book is different so are the choices of the young readers. Get them started age appropriately. Comics like Tinkle,  Amar Chitra Katha series, books by Tulika Publications and  Panchatantra books are a good start to get them interested. Moving on Enid Blyton series, Nancy Drew and Hardy boys are the other favourites for kids. And once they are hooked to the world of books there is no looking back.

Cheers to more readers in the near future!!!

Baby Shower Games with downloadables
Enchanted Garden birthday party decoration
Child artists from old TV ads - How they grew up !
Parents, Stay on Top of your Game with these 10 Parenting Apps/Websites!