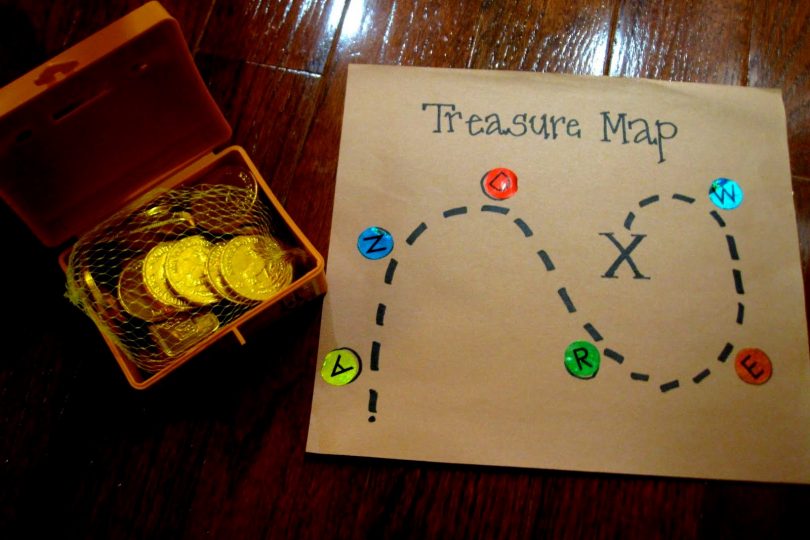 AVAST YE! Duffels,Jacob’s ladder and all.

So the least you’d expect is a bunch of well behaved kids walking into your little ones b’day party. Far from it …….be ready to unload a band of rowdy hooligans who are far from patient little sailors/pirates eagery ready to pillage into ur ship and wreak havoc and make you go AARGH !!

What do you do to salvage u’r self. Pirate games ‘course. Untumble is ur helmsman. We have you covered with a BOOTY of PIRATE GAMES for u’r ruthlessly adorable guests.

One classical pirate game. Extremely fun and interactive. Either get a complete treasure hunt activity set or put one togeather on your own.

You can use practically anything for clues. Ideally use Nursery rhymes for toddlers eg. The Itsy Bitsy ……………… climbed up the ……… …………… . spider and water spout are the clues. The next clue when they find the spider can be Jack and Jill went up the hill to fetch a …………. of ………… pail and water are the second clues. Yet another one can be Mary had a little ……. with fleece as white as ………. lamb cutouts and some cotton to be glued up as snow….Get the idea. The last clue gets you to the TREASURE with little goodie boxes for all kids. 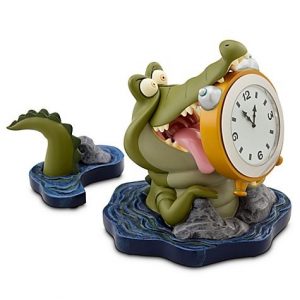 TICK TOCK find the CROC. Use a clock ticking away or an egg timer. Let the pirates search for the ticking croc before it rings. 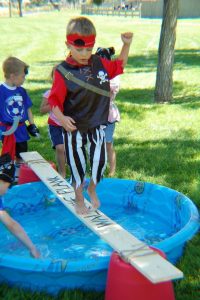 Use a long thick board and mount each side on sturdy strong bricks  on top of a blue blanket to represent the ocean. Using a baby pool is  a good idea as well if it is outdoors and you don’t mind the water all over. Get the kids to “walk the plank” without falling. Blindfold the older kids to make it fun. Pirates who successfully crossover have to go back the plank backwards. 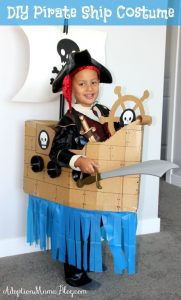 Large box,craft paint,fabrics for a flag and some embellishments,kids can create their very own pirate ship and can be used as a photo booth as well.

Divide kids into two teams and give them a pirate hook. The first player from both the teams will wear the hook and run to a pile of mesh knick knacks filled small bags and bring it back to the team. The second players from both the teams go next. Team who hauls all the bags first wins. 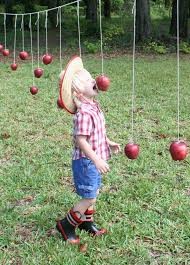 Hang cored apples at the kids height. Let the kids try to bite the apples with their hands tied behind their backs. A simple classical game loved by the kids.

Kids love to sword fight like little pirates. Each kid is given bread sticks for swords and the object of the game is to break the opponents sticks without breaking their own. The person who stays the champ the longest gets to be the winner.

Props used.foam swords can be used instead of bread sticks.